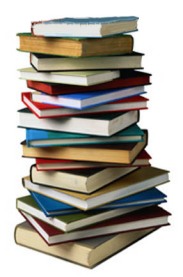 Last night was the 50th meeting of Booker at the Pub.

It began back in late 2007, when I realised while I have always been a constant avid reader, this had predominantly steered towards non-fiction.

So I took a quick stock of what I read. My books are divided in two groups – work and home.

As a Minister, at work there’s about a thousand books (which I almost enjoy culling as much as I do adding) on what I might crudely call, stuff directly related to Jesus: theology and leadership, culture, mission and discipleship, plus a few (but not enough) biblical commentaries.

At home is the other stuff, starting with biographies: half a shelf on Woody Allen alone, and a full shelf on politicians. But then the rock stuff dominates: U2, Pink Floyd, Bob Dylan, The Cure, REM.

There’s a disturbing amount on Nazi’s and the Third Reich, and a fair bit of social commentary, thanks to the prodigious output of Clive James and Christopher Hitchens.

There’s also every single copy of Rolling Stone from the 1990’s boxed in the cupboard, among a few dozen Mojo’s and Q magazines.

There was fiction around, sure, but it was seriously outnumbered: Nick Hornby, loads of Jeffrey Archer, and the legendary adventures of Adrian Mole.

I had ploughed through novels when I was a teenager, and I wondered if I was missing something, with this current diet of non-fiction?

So I bought the highly recommended True History of the Kelly Gang by Peter Carey. It won the Booker Prize in 2001, and had been salivated over in the Weekend Australian. Should be good.

And it was. It took a while to get the angle, but the pitch was perfect. The language was rich, and I started to smell the eucalyptus of regional Victoria in the pages (good line – I should write a novel).

Before it ended, I struck upon the idea of a book-club for people who feel like they might have missed some classics in their time. I emailed out to everyone I knew, saying a gathering was on at the Dan O’Connell in North Adelaide.

A bunch of people actually turned up. That was over four and a half years ago, and the little community has shifted and changed little, allowing for people to move to the UK and interstate and back. Others found it wasn’t for them, others have joined.

As it was the 40th anniversary of the Booker Prize, the most prestigious award give to a novel in the Commonwealth, we decided to  work our way through the 40 winners. We started with Life of Pi by Yann Martel, which was a good choice.

There’s been some less good choices since then (The Bone People), and a few downright ghastly books (Vernon God Little).

But there have been several very pleasant reads as well (Life of Pi, Olive Kitteridge), and some frankly awesome works (Midnight’s Children).

One great thrill has been discovering authors who have a stack of wonderful other books, such as Ian McEwan, easily now one of my favourite authors, especially for On Chesil Beach.

Australians Peter Carey and Thomas Keneally are two others who have motivated us to delve into their rich canon.

JM Coetzee is another, a South African author who not only won the Booker twice, and then a Nobel Price for Literature, but now resides in Adelaide. One night in an audacious move I send his publisher an email, inviting him to join our motley bunch for a burger and beer one Monday night. To my surprise he emailed me back personally, thanking us kindly for the invitation but declining to come as he now lives quite a private life, and does not discuss his work. Bah!

Once we ran out of Booker winners that were easily obtainable, we shifted to some Pulitzer Prize winners, which brought the marvellous Gilead by Marilynne Robinson, one of the very best so far. With it came a few random classics, such as The Great Gatsby by F. Scott Fitzgerald, and The Catcher in the Rye by J.D. Salinger – a pithy masterpiece.

We all go about it in different ways. Some borrow from libraries, other Kindle, and others buy them each month. Often we’ll see multiple cheap second-hand copies and hand them out. There’s always one or two being passed round not on the official list.

I’m tempted to rattle of a list of reasons why reading fiction is worthwhile, such as it’s ability to improve one’s vocabulary, and written expression;  to spark imagination and generate better ideas; or to engage with a more diverse culture and help me be a better Minister.

Indeed, while non-fiction tells us facts and opinions about history and the world, fiction can take us inside parts of that history, that world, tasting of the experience for ourself.

It can be a much more profound way for ‘non-fiction’ truth to be told. Novels can be a demanding yet hugely rewarding means of hearing that truth spoken. And it speaks to the head and heart in equal measure.

But colour is its own reward. I love reading, and I love the larger world within good novels. I also love well crafted language.

But there are definite limitations to my taste, and as in film, I have a low tolerance for fantasy or science fiction. And I’m not really one for Tim Winton – I know, I know…

When life gets serious, I find I demand a book be good or be discarded. The story, or the writing, or preferably both, had better hit the notes.

One factor is (a bit like wine) the better quality you have, the less tolerance you feel for the other stuff. I want to read 40 more Cormac McCarthy or Paul Auster before I try accidentally get stuck a third of the way into Anne Enright or John Banville again.

But the great thing is that every month, even with a guilty smile if you ‘fess up to not quite getting through the thing, or been distracted onto reading something else – the burger and the beer are there, and the sojourn continues.

Last night was the 100th birthday of Patrick White, the only Australian author to have won a Nobel Prize for Literature. To honour the occasion we chose his 1979 novel The Twyborn Affair as this months read.

It’s free, it’s open and it’s not television. Feel free to join us anytime, or just follow along at Booker at the Pub

← Church Culture: What Should be Normal?
Why Mad Men Makes Me Want to Stop Shopping →

One thought on “On Reading Novels”